In the News
The Faraday Institution continues to receive plenty of press coverage. In the past few months coverage has centred around ReLiB’s Nature review paper on battery recycling. It was also gratifying to see The Telegraph’s week-long focus on EV batteries in the autumn, and that the Faraday Institution was quoted in a number of those articles. Recent coverage: 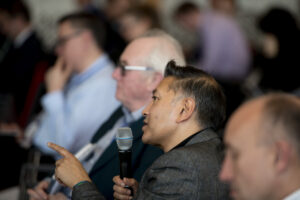 Awards and External Recognition
Many congratulations to Professor Saiful Islam, from the University of Bath, and Principal Investigator of our CATMAT project, who received the 2020 American Chemical Society Henry H. Storch Award in Energy Chemistry at the end of last year.

Further, researchers should make themselves aware of their university’s guidelines on authorship when determining who to include (and not include) in a list of authors on a journal paper. As an example, please see the guidelines from the University of Cambridge. Guidelines vary with university and journal, but in general people should be acknowledged as an author where they have made a substantial intellectual or practical contribution to the research. This includes researchers based at central user facilities.

Introduction to Stephen Parry
Update from the Royce Institute